Homepage > Blog Constitutional Labyrinth > Commentary of Attorney Maxim Krupsky on the Russian Constitutional Court’s Judgment in the case of Pevzner
10.07.2017 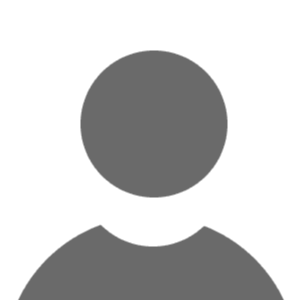 Maxim Krupsky
is a lawyer in the Moscow-based law firm Liptzer, Staviskaya, and Partners, and is an independent expert of the Russian Ministry of Justice and holds a PhD. Mr. Kupsky represented the interests of Alexander and Irina Pevzner in a case regarding the confiscation of the painting “Christ in the Tomb”.

Judgement No. 5-P of March 7, 2017, of the Constitutional Court of the Russian Federation invokes mixed feelings. On the one hand, the Judgement certainly played a deciding and positive role in the appellant’s case because, thanks to this Judgement, it became possible to conclusively declare Alexander and Irina Pevzner to be the rightful owners of Karl Brullov’s painting “Christ in the Tomb”. On the other hand, this Judgement opened a Pandora’s box by creating, in my opinion, an entirely dangerous precedent by violating the presumption of innocence — one of the fundamental principles of law.

Fourteen years ago, Alexander Pevzner, an art collector, brought “Christ in the Tomb”, a painting that he and his wife acquired in Brussels, to Russia in order to undergo expert analysis. After this analysis established Karl Brullov as the author of the painting, several offers were made to the Pevzner’s to leave the painting in the Russian Museum. After the art collector rejected these offers, a criminal case was opened against him for trafficking in contraband. This case was finally dropped in 2013 by the Vyborg City Court of the Leningrad Region in connection with the statute of limitations for criminal cases running out. Along with dropping the case, the court ordered that the painting should be confiscated as an instrument in a crime, thereby leaving it in the storage of the Russian Museum.

After considering Pevzner’s complaint in 2014 regarding the confiscation of the painting, the Leningrad Regional Court overturned the judgement of the lower court and decided to return the painting to its lawful owners, Alexander and Irina Pevzner. Later in 2015, the Presidium of the Leningrad Regional Court confirmed the legality of the appellate court’s definition.

The Deputy General Prosecutor of the Russian Federation appealed to the judicial division for criminal cases of the Supreme Court with cassational representation regarding these legal decisions. On April 28, 2016, the Supreme Court overturned the decisions of the Leningrad Regional Court and reinstated the decision of the Vyborg City Court and reordered the confiscation of the painting of Alexander and Irina Pevzner.

Alexander Pevzner’s complaint to the Constitutional Court of the Russian Federation brought into question the constitutionality of Article 81, part 3, point 1 and Article 401.6 of the the Russian Code of Criminal Procedure.

The first complaint of Alexander was dedicated to the problem of confiscating property legally belonging to defendants that is declared to be material evidence in a criminal case as an instrument of crime, even in those instances when there is no guilty verdict and the case has been dropped on account of the statute of limitations running out (Article 81, part 3, point 1 of the the Russian Code of Criminal Procedure).

Pevzner argued that the imperative requirement to confiscate instruments of a crime that belong to a defendant when the illegality of the defendant’s actions have not been established or proven in accordance with criminal procedures contradicts Article 54, Part 2 and Article 49, Part 1 of the Russian Constitution.

In his complaint, Pevzner indicated that the possibility of confiscating instruments of a crime based on the norms under complaint are not connected to any damage to the state from the crime and are not in accordance with the size of the damage of the value of the confiscated instrument of the crime at the moment of its confiscation.

The European Court of Human Rights came to a similar conclusion regarding the confiscation of contraband in the case of Ismailov v. Russia of November 6, 2008, claiming that confiscating the money of Ismailov was a punitive and disincentivizing measure and an added punishment. According to the European Court of Human Rights, in order to consider a state’s intervention into the property rights of an individual to be commensurate, it must correspond to the weight of the violation, and not the wight of a supposed violation that has not in reality been established.

The appellant also brought to the Court’s attention the fact that, according to Article 49 of the Russian Constitution, an individual’s guilt is indecisive when a criminal case ends on account of the statute of limitations running out, meaning that applying punitive measures contradicts the constitutional principles of fairness and proportion. Thus, the norm under question cannot be considered as proportional to the purposes indicated in Article 55, Part 3 of the Constitution.

Pevzner especially underlined that, according to the norms of the Code of Criminal Procedure, namely Article 302, Part 8, when the statute of limitations for criminal prosecutions runs out, even if a guilty verdict is read, punishment is not applied. Moreover, the norm in question requires the court to apply punitive measures in the form of confiscating instruments of a crime that legally belong to the defendant when the fault of the individual is not established in accordance with criminal procedures. According to Pevzner, this situation introduces an unjust and unfounded differentiation in the rights of individuals that contradicts the norms of the Russian Constitution.

Additionally, Pevzner indicated that it is wrong to believe that the defendant refuses those rights guaranteed by Article 35 of the Constitution when he agrees to the legal procedure of closing the case due to the statute of limitations running out and gives his consent for the court to decide whether to consider his property to be the instrument of a crime (necessarily connected to the question of the existence of a crime and the guilt of the individual).

Despite these listed arguments, the Constitutional Court declared the norm under question as consistent with the Constitution. The Court in particular indicated that in order to drop a criminal case for such a reason as the statute of limitations running out, the defendant must have no objections against the decision with consideration for the legal consequences regarding his property that has been deemed an instrument of a crime or as material evidence.

The Court also noted that confiscating the property of an owner as it is understood in Article 35, Part 3 of the Constitution refers only to the forced seizure based on the decision of a court that occurs against the will of the owner. If an owner expresses his agreement to the seizure of the property, then the confiscation significantly loses its forced nature, thereby becoming the execution of a public legal agreement between the defendant and the state as part of the institution of liberation from criminal responsibility by alternatives to criminal prosecution. According to the Constitutional Court, in this case property rights are not violated.

This position of the Constitutional Court is seriously dangerous inasmuch as it in fact forces the defendant to refuse the right to his own property in exchange for criminal charges to be dropped due to the statute of limitations running out, which makes this an instrument for bartering. Moreover, this position of the Constitutional Court rejects the sacrosanctity of the presumption of innocence, which is guaranteed by Article 49 of the Constitution and Article 14 of the Criminal Procedural Code. Indeed, the defendant should be considered innocent until his guilt is proven in the order dictated by the Criminal Procedural Code and established by a decision of the court that has come into force. However, by allowing for the confiscation of the defendant’s property as an instrument of a crime despite the absence of an established guilty verdict suggesting that the crime was committed by the means of this property, the Constitutional Court proposes considering the guilt of the defendant as proven. In the event of disagreement with this approach, the defendant must forego dropping the criminal charges and in fact prove his innocence.

The second complaint of Alexander Pevzner regarded the legality of Article 401.6 of the Criminal Procedural Code, which contains a ban on reconsidering verdicts and court decisions under cassation procedure that entail a worsening of the condition of individuals listed in court decisions, including individuals against whom criminal cases have been dropped due to the statute of limitations running out.

In his complaint, Pevzner indicated that the substance of “worsening condition” of a defendant against whom criminal charges have been dropped as it pertains to the law in question is not explained in the text of the law. This is also not explained in Article 401.16, Part 5 of Chapter 47.1 of the Criminal Procedural Code.

Thus, the question of whether confiscating property that legally belongs to individuals listed in a decision as the instrument of a crime can be considered a basis that leads to a worsening of their position remains undecided within the framework of the Criminal Procedural Code. As a result of the uncertainty of whether confiscating property can be considered the worsening of a position, it is not possible to uniformly apply this law in practice.

Pevzner therefore came to the conclusion that the law under question contains a level of uncertainty regarding whether a legal decision on returning the property to the rightful owner can be reconsidered, even if the property was confiscated as an instrument of a crime.

In situations where the need to reconsider legal decisions is connected to the need to assign a longer punitive sentence due to judicial mistakes or the need to revoke a verdict of not guilty, case law considers similar grounds as a worsening of conditions.

Based on this, Pevzner argued that the law in question as it is interpreted by case law is incongruent with the constitutional principles of equality, fairness, and proportionality, does not agree with the principles and norms of international law, and results in a violation of Article 15, Part 4, Article 17, Part 1, Article 19, Part 1, and Article 55, Part 3 of the Constitution.

Nevertheless, in this instance the Constitutional Court also did not find any violations and declared Article 401.6 of the Criminal Procedural Code as constitutional. Along with this, the Court provided a definitive interpretation of this law, holding that, in the current system of legal regulation, property that was classified as an instrument of a crime cannot be confiscated.

This very position of the Constitutional Court played a decisive role in Pevzner’s case. Thanks to this decision, on June 14, 2017, the Presidium of the Supreme Court decided to overturn the cassational decision of the Supreme Court of April 28, 2016, thereby leaving the decisions of the courts in the Leningrad Region in force and ordering the painting to be returned to Alexander and Irina Pevzner—its rightful owners.

In conclusion, it is worth noting that the Judgement of the Constitutional Court in Pevzner’s case is interesting for its legal positions, regardless as to the evaluations we can give them. Thanks to this decision, the fate of “Christ in the Tomb” has been decided, at least from a legal standpoint. Only time will tell us how case law regarding the property of defendants will develop and what role this particular judgement will play.

Video
On June 27, 2017, the Institute for Law and Public Policy conducted a webinar on the case of Alexander Pevzner, during which Maxim Krupsky analyzed the Constitutional Court’s Judgement and answered the questions of participants.
Watch the webinar