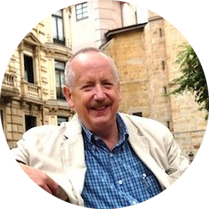 Professor of Law, practicing Lawyer, he teaches International Law at Birkbeck College, University of London. Since 1992, he has regularly represented the applicants before the European Court of Human Rights. He was a consultant and expert of many international organizations. Author of more than 150 scientific papers in the area of international law, human rights, minority rights, Russian law and philosophy.

Doctor of Law (Dr. habil.), Professor at the University of Cologne. From 2011 to 2019, Judge of the European Court of Human Rights, from 2017 until the end of her term: Vice-President of the Court. From 2002 to 2011, she was Director of the Institute of Eastern European Law at the University of Cologne. Author of more than 200 scientific papers. Her research interests include constitutional rights in Germany and Europe, human rights in the international dimension, comparative constitutional law, and the impact of international law on the development of law in Central and Eastern Europe. 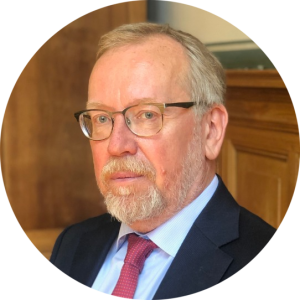 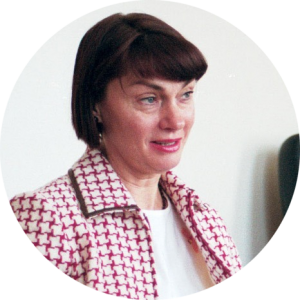 Doctor of Sciences in Law, Professor. From 1996 to 2003, Judge of the Constitutional Court of the Republic of Latvia; from 2006 to 2015, Judge of the International Criminal Court. Author of several dozen publications on international, administrative, constitutional and other branches of public law, as well as a number of university courses.

Doctor of Sciences in Law, Professor, Head of the Department of European Law, Moscow State Institute of International Relations (University) of the Foreign Ministry of Russia, Honorary Doctor of Science of the Baltic Federal University named after I. Kant, leading expert of the Russian Institute for Strategic Studies. In 2012–2016, he was the Russian Ambassador to Luxembourg. Since 2006, Vice-President of the Russian Association of International Law; since 2009, also Vice-President of the Russian Association of European Studies, elected Chairman of the Board of AEVIS. Member of the International Legal Council of the Russian Foreign Ministry, expert councils of the State Duma, the Supreme Court, and the Commissioner for Human Rights. Author of over 400 publications, including a series of monographs and textbooks on European law. Research area: international, trans-regional and integration law, international organizations and multilevel governance; foreign policy of Russia and the European Union.